The photo below has been circulating the internet recently and has caused quite a stir because of the size and more importantly the height of the wolf ( provided there is no deliberate falsifying of size relation here, that is ) as it is hanging in the photo. Granted, it does provide a creepy and disturbing image, especially to those who have been eye witness to upright canines throughout the world.

The post that accompanies this photo is as follows :
"On November 18, 1935, on the third day of deer season, near Flint around Rhody Creek Trail, despite good weather and a great layer of tracking snow, there were absolutely no deer to be seen.What suddenly sounded like horses running, a massive timber wolf ended up being shot rather than a deer that day. Gutted and dragged into town to be weighed and measured; it weighed 182 pounds even after being gutted, measuring seven feet, 11 inches tall hanging vertically, and stood 39 inches at the shoulder.
http://www.flintexpats.com/2009/01/big-bad-wolf.html"
Mind you, timber wolves can sometimes grow to some pretty impressive sizes, but
take a good look at this wolf's back legs in the photo.
One of the most interesting things I have ever read, and which has stuck in the back of my mind ever since, is a paragraph written by Wang & Tedford in their book on canine evolution, which is one of my favorite books in my vast library of zoology, cryptozoology, and high strangeness.
It reads ...
"Large, wolflike pursuit predators were in particular the direct consequence of the opening up of the landscape"
Later, they go on to say...
" These changes were reflected in the terrestrial vertebrate community by an increasing cursoriality ( the ability to run fast and for a long time ) among predators and prey.
This greater ability to run is clearly reflected in the fossil history of canids, which shows increasingly erect standing postures(emphasis mine), progressively lengthened limb bones, and restricted movements of the joints."

Evolution of a species is directly related to environment.
Could the werewolf, Dogman, Mandog, upright canine be a direct result of evolutionary necessity rather than something sinister and supernatural?
It certainly is another card to lay on the table of hypothesis in our research. Canines originated on this continent and expanded into Afro-Eurasia around 5-7 million years ago, and into South America roughly 3 million years ago.
They've certainly had a long time to become not only one of the world's top predators, but to change dramatically according to nature's guidelines.
I hope this post finds everyone well and having a great day!
Til next time....
Your Mistress of the Mysterious,
Raven Meindel

Nearly 400 caves have been discovered all across the globe that contain paintings, etchings, scratchings, and carvings that give us a glimpse into the past regarding subjects ranging from sympathetic magic conjured up by hunting parties to the daily routines in the lives of our prehistoric human ancestors.

Not only caves hold these age-old treasures.
Petroglyphs such as Newspaper rock near Canyonlands National Park in Southeastern Utah and Laxe dos carballos in Campo Lameiro, Galicia remind us that humans were communicating and creating in all realms of nature and in many varied ways as well.

Though many of these ancient artifacts have connotations of deliberate practical use, ie: ritual, hunting, marking the seasonal changes, animal migrations etc., could some have been done just for the fun of it? Did our ancient ancestors indulge in self expression?
Creation just for the sake of creating and expressing yourself is something that is not unfamiliar territory to us. People use art to express feelings of joy, anger, humor, passion, happiness, and a myriad of other emotions and personality traits. Some just let the stroke of pen or brush take them wherever its going to take them and then sit in quiet contemplation of the end result.


It has often been hypothesized that our North American Sasquatch make tree and stick structures as a means of some form of communication.
Whether these messages are ones of "Get out! This is my home!", "Hunting is good here" or "Welcome all, come and leave in peace" is anyone's guess. They could be boundary or trail markers, or they could be simply nothing more than the wind and the wood playing tricks on our eyes.
But isn't it fun to wonder if our giant hairy friends love to express themselves with artwork too?
The two pictures below were taken by me on April 13, 2013.
They are of a structure I found nearby when we first bought our home back in 2011. It has stood strong without change since. It is unique in the fact that is symmetrical / double-sided. If it was created by the wind, I should say it is worth a second glance even for that reason alone!
It is detailed and looks as if it were designed with deliberate precision.


The area in which it was found is known for unusual activity including a number of Bigfoot sightings.
Many other structures and possible "nests" have been discovered  near to this one and strange animal calls in the night have been heard such as whoops, screams, howls, and what sound like owl calls but with "something different about them".
Several residents in the area have been witness to these occurences, and many other events have been reported within a ten mile radius of  this structure.
Is it a marker? Is it art?
Do Sasquatch express their thoughts and feelings through art like we do?
Maybe not.....................but it sure is fun to wonder. 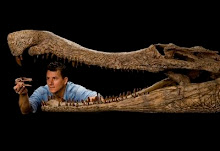 with Redfern and Raven

The Centre for Fortean Zoology 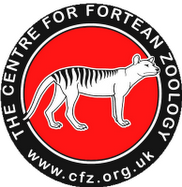 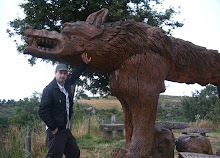 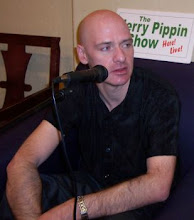 Nick Redfern's "There's Something in the Woods" 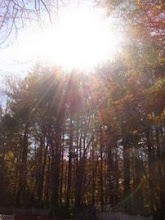 Great Links to Check Out!